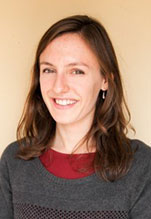 Laura Parker has been working with UNHCR Cote d'Ivoire on statelessness since 2015, as a Protection Officer in Abidjan. Prior to this her work focused on refugee rights, with legal aid NGO Asylum Access.

Statelessness and Nationality in Côte d'Ivoire.

Statelessness and Nationality in Côte D'Ivoire.

The lost children of Côte d'Ivoire.

Both jus soli and jus sanguinis elements were present in the nationality law adopted by Côte d’Ivoire upon independence: those born in the country to migrant parents were able to acquire nationality by declaration, and foundlings were considered nationals. However in 1972, Côte d’Ivoire reformed its foundational 1961 nationality law, removing the statelessness safeguard that had been in place for foundlings. The same reform also curtailed the only other option for acquiring nationality based on birth in the territory, which had been available to minor children born in the country to immigrant parents. Since independence over a decade earlier, only 36 children had acquired nationality under the latter provision, whilst no data exists on the number of foundlings that had been protected by that safeguard until 1972. It is thought that legislators at the time were concerned with restricting access to nationality on account of unaccompanied minors arriving in the country following the Biafran war.1

To this day, the exclusively jus sanguinis nationality regime remains, and Ivorians must provide their birth certificate, and the nationality certificate of a parent, in order to obtain proof of nationality. Since foundlings cannot demonstrate that they have an Ivorian parent, they are consequently stateless.

Reliable statistics on the prevalence of this problem nationally are almost impossible to come by, as foundlings are an invisible population: they generally haven’t had their birth registered, and are unable to benefit from the ‘late birth certificate’ option available in Côte d’Ivoire (issued on the basis of the testimony of two witnesses to account for the place and circumstances of one’s birth).2 Politico-military crises have resulted in forced displacement both internally and abroad of over a million Ivorians over the last decade and a half. While most of those displaced have now returned, these circumstances resulted in separation of children from their parents, and increased the number of children who grew up with no knowledge or evidentiary proof of their parentage.3

Many foundlings are acutely vulnerable, living in orphanages, or on the streets. With no legal record of their existence, they are at high risk of trafficking and other forms of exploitation. A birth certificate is required to sit for school exams in Côte d’Ivoire, which means that even when foundlings have been taken in by families or ‘tutors,’ they often have to drop out of education, and cannot develop their full potential.

In 2013, Côte d’Ivoire became a State Party to both statelessness conventions. Nevertheless, despite Article 3 of its nationality law establishing the primacy of international instruments over domestic law in nationality matters, even when contradictory, there have been no reported instances of foundlings acquiring nationality through direct implementation of the 1961 Convention’s foundlings safeguard. Judges should be encouraged to assist foundlings in this endeavour, thereby helping Côte d’Ivoire uphold its international human rights obligations.

The domestication of the 1954 and 1961 Conventions is one of the goals of the National Action Plan to eradicate statelessness which was drafted in 2016, and an essential step in ensuring foundlings acquire the protection afforded by nationality. Legal aid is also foreseen in the Plan to assist these and other stateless individuals in accessing the protection they are due.

1 Côte d’Ivoire was one of a handful of countries to have recognised the Republic of Biafra, which broke away from Nigeria between 1967 and 1970. The country received a large number of those fleeing the Biafran war, including around 900 unaccompanied minors, who had been evacuated and were later repatriated. ‘Humanitarian issues in the Biafra conflict,’ New Issues in Refugee Research, Working Paper No. 36, Nathaniel H. Goetz, 2001.
2 Previous estimates are not statistically sound, and it has been concluded that census data cannot lead to estimates of the number of foundlings either.
3 For an overview of the Ivorian conflict, see Making War in Côte d’Ivoire, Mike McGovern (London: Hurst), 2011. For displacement trends see ‘Côte d'Ivoire IDP Figures Analysis,’ Internal Displacement Monitoring Centre, 2015.