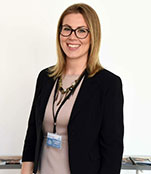 “Becoming a Model UN Delegate - An Essential Guide Through the MUN World”, MUNPlanet, 2016

The phenomenon of Model United Nations (MUN) conferences has largely expanded in the past 20 years across different educational institutions around the world, bringing people from different disciplines together. From middle schools to universities, from political science to engineering studies or medicine, MUN conferences have been attended by millions of students in thousands of cities. On top of being an engaging experience through which students improve their public speaking and debating skills, MUN conferences are also an exciting opportunity to work together with other bright young minds to find solutions to socio-political, economic, and environmental problems around the world.

Every organising team of a MUN conference faces the same dilemma: which topics should be debated? There are plenty of problems in the world, but students, whether first-timers or MUN-experts, look for topics that trigger their interest and are debateable, while also being easy to understand. Participants will need to have a good comprehension of the subject, so they can defend the position of the country they’re representing. After more than five years organising MUN conferences and despite being very familiar with the issue of statelessness from a personal and professional perspective, it wasn’t until recently that I decided to try out statelessness as a debate topic for a high school MUN conference in Turkey. I was sceptical, and even a little bit afraid to begin with. I thought the topic may not be welcomed or understood by students, particularly as much of the existing information on statelessness is written for academic and professional audiences, which may be too difficult for non-specialists to follow.

In reality though, the issue of statelessness is not ‘rocket science’, and its solutions can be clear. For those hearing about the problem for the first time the idea of someone having no nationality might seem inconceivable, but once the causes and consequences of statelessness are defined and understood by the delegates, statelessness gives considerable scope for a strong debate. Additionally, material on the topic, including videos and factsheets, help explain the issue to newcomers. Whether the model forum is the Executive Board of the UNHCR, the UN Human Rights Council, the International Organisation for Migration (IOM) or the European Council, statelessness is an appropriate topic for MUN conferences due to the fact that it is a global problem that can be found in any country, making it easy for participants to relate to and find concrete examples. Moreover, ongoing campaigns, such as UNHCR’s #IBelong campaign and ENS’ #StatelessKids campaign, provide a framework for possible solutions. But it is the concrete short and long-term actions, agreed on collectively during the debate, which make this topic so engaging for participants. In order to achieve these collective agreements, it is recommended that delegates relate to existing resolutions and campaign objectives on the topic, adding the perspective of the country they’re representing at the conference. Thus, it is useful to ask questions such as:

It is also important to discuss commitments to improve the situation of stateless people, such as:

Eventually, the advantage children and youth have when discussing a topic like statelessness, in comparison to academics and diplomats, is that their imagination has no limits, which leads to a wide variety of creative ideas to raise awareness and to put pressure on decision makers and governments. For example, my delegates from the high school MUN conference in Turkey, pleasantly surprised me with a resolution that not only urged Member States to provide all stateless individuals with a valid international identity document and to ensure their access to education, healthcare, housing and the labour market, but also suggested “the creation, in collaboration with other UN bodies and NGOs, of an international social fund for stateless people, sponsored by Member States according to their national income, to reduce the risk of social exclusion and provide stateless persons with basic needs, which they aren’t able to access due to their status”. Additionally, they proposed to adopt an International Awareness Day for Statelessness. I remember that one concrete delegate said that a nationality was “as necessary as shoes” and suggested that on that day to raise awareness “people would walk around without shoes to feel like a stateless person”. If you add to these original ideas the strong social media and IT skills, which most of young people have, the result can be an extraordinary combination of ingenuity, productivity, learning and good fun.