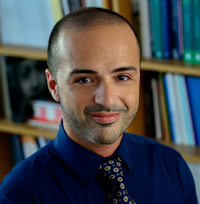 Gábor Gyulai is the director of the Refugee Programme at the Hungarian Helsinki Committee, and is the president of the European Network on Statelessness. Besides his asylum-related work, Gábor has published since 2006 various research pieces and articles related to nationality and statelessness, as well as he has trained on these issues several hundreds of state officers, lawyers, NGO and UNHCR staff, academics and students in various continents. Gábor has a particular interest in the evolving concept of the right to a nationality, statelessness as an emerging paradigm of international protection and the relation between statelessness and forced migration.

Gábor Gyulai, The Black Box of Nationality. The Naturalisation of Refugees and Stateless Persons in Hungary, Hungarian Helsinki Committee, 2016.


Gábor Gyulai, Nationality Unknown – An overview of the safeguards and gaps related to the prevention of statelessness at birth in Hungary, Hungarian Helsinki Committee, 2014.

UN High Commissioner for Refugees (UNHCR), Guidelines on Statelessness No. 4: Ensuring Every Child's Right to Acquire a Nationality through Articles 1-4 of the 1961 Convention on the Reduction of Statelessness, 21 December 2012, HCR/GS/12/04.

Statelessness and forced migration have a dual relationship, with one both a cause but also a consequence of the other. The potential exposure of refugee children to statelessness is particularly deserving of more attention. Children born to migrant parents can usually be registered with the consular authorities of the parents’ country of nationality, and thus – if the jus sanguinis rule applies – can both acquire the parents’ nationality and a documentary proof thereof. At the same time, refugees and other forced migrants cannot,—as a general rule,—approach the authorities of their country of origin. This would put them at risk of continued persecution, and could even cost them their refugee status, as host countries often see such an act as a proof of an unfounded protection claim. As a consequence, in the absence of a general jus soli provision in the host country (therefore nearly everywhere outside of the Americas) refugee children’s nationality remains uncertain.

If the law of the country of origin explicitly requires children born to nationals abroad to register with state authorities in order to establish the nationality bond, the situation is clear: since such registration is impossible, the children concerned will not acquire their parents’ nationality and will therefore fall under the scope of the legal safeguards for ‘otherwise stateless’ children (if such safeguards exist in the host country’s domestic law) or will become stateless (if the necessary safeguards do not exist or are not applied properly). Similar is the situation of children born to stateless refugee parents, or to a mother who cannot pass on her nationality to her children due to gender discrimination and a stateless or unknown father.1

At the same time, most refugee children fall under a different category. Children born in exile to an Iraqi parent, or a Syrian, Somali or Sudanese father acquire ipso facto the parent’s/father’s nationality. Under the law of these (and many other) important countries of origin, this is a matter of legal automatism that does not require registration or contact with consular authorities. While at first sight the legal situation may seem clear, in reality it poses a number of serious legal dilemmas and practical difficulties, which will be explored below.

Most refugee children will not be able to obtain any proof or official recognition of their automatically acquired nationality for some time, at least. This is the first challenge. If there is a realistic prospect of voluntary return in the near future, this may be a bearable burden, as the child’s nationality can be registered already in the country of origin before she/he reaches school age, for instance. But especially in protracted refugee situations this circumstance may result in the child’s nationality being reduced to a mere legal fiction, which has little in common with how the International Court of Justice defined nationality (“a legal bond having as its basis a social fact of attachment, a genuine connection of existence, interests and sentiments, together with the existence of reciprocal rights and duties”). Can we talk about social attachment or a genuine connection of existence with reciprocal rights in the case of a 12-year-old Somali refugee child living in Europe, who has never been to Somalia, and has neither a chance to be registered as a Somali national by the competent Somali authority, nor a realistic prospective to ever return there to live? This is doubtful.

A second challenge relates to the definition of a stateless person in international law, which reads: “a person who is not considered as a national by any State under the operation of its law” (Article 1 (1)). There are two words in this definition — ‘consider’ and ‘operation’ — which indicate that in order to avoid statelessness, the state in question must take an active approach vis-à-vis the person concerned. ‘Consider’ is a transitive verb here, referring to an action through which a state attributes a certain quality to a person. Also, the UNHCR clearly states in its relevant guidance that “Establishing whether an individual is not considered as a national under the operation of its law requires a careful analysis of how a State applies its nationality laws in an individual’s case in practice”. Can a state ‘consider’ a person in a certain manner, can it apply its law in practice in a way that is adapted to the individual circumstances of the person, if it is not aware of this person’s existence? This points towards some discrepancy between the traditional law-in-the-books approach towards nationality and the more ‘practice and protection’ oriented interpretation of the 1954 Statelessness Convention and UNHCR guidance. There are at least considerable grounds for the positive application of the latter two in case of refugee children who have no realistic chance to be registered with their country of origin in the long term prospect, but further development in doctrine, jurisprudence and literature seems indispensable to properly clarify this issue, such as by creating concrete benchmarks and indicators. For instance, specific guarantees should be in place for refugee children whose nationality could not be clearly established and registered by a certain age.

The third challenge is the fact that the link between birth registration and the determination of a new-born child’s nationality may also increase confusion. In some states (like Romania or Italy), state authorities automatically attribute the parents’ nationality—(or the nationality indicated by the parents)—to the baby on birth certificates. As the birth certificate often serves as a key source of data for other official documents issued later, this practice may give the false impression that the nationality status of the refugee child is properly determined and that statelessness was effectively avoided. In other countries (like Hungary), children of foreign nationals are automatically registered as having an unknown nationality until such time as they can provide proof of acquisition of a nationality. In some instances, this may be the correct conclusion at the time of the birth, but it can easily become a source of hardship, legal limbo and human rights violations if it persists for several years. Yet in other states (like France, the United Kingdom or the Czech Republic) no information concerning nationality is entered on the birth certificate. What often lacks, under the various scenarios, is the proper and timely determination of the child’s real nationality, which also allows for a conclusion of statelessness,—and thus the application of the safeguards applicable for “otherwise stateless” children,—if the conditions are met.

Finally, the fourth challenge concerning ensuring refugee children’s right to nationality is the application of the best interest of the child principle in connection with all children’s right to acquire a nationality, as foreseen by the UN Convention on the Rights of the Child (Articles 3 and 7). The avoidance of statelessness—as a matter of principle—is always in the child’s best interest. But in case the refugee child’s nationality is unclear (see the previous dilemmas and examples), her/his best interest would be served in the acquisition of which nationality ? Should a host state pursue the widest possible application of the legal safeguards applicable to ‘otherwise stateless’ children and thus integrate as many refugee children as possible into its own community of nationals? Or should refugee children primarily be encouraged and helped to obtain a documentary proof of having inherited their parents’ nationality (where this happens ipso facto)? This is a complex dilemma, for which solutions will largely depend on the individual circumstances of each case. The dilemma gets even more complex if the country of origin does not allow for multiple nationality, which means that obtaining the host country’s nationality after birth will exclude the child from regulating and registering her/his nationality status with the country of origin at a later time in life. UNHCR guidance also advises against the mere automatic grant of the host country’s nationality in such cases and suggest that “refugee children and their parents be given the possibility to decide for themselves, whether or not these children acquire the nationality of the State of birth, taking into account any plans they may have for future durable solutions (e.g. voluntary repatriation to the State of origin).”

These few ideas already indicate the complexity of the issue and the numerous gaps in knowledge, awareness and doctrine. Millions of refugee children may be affected by problems and human rights violations emanating from an improper determination of their nationality, and—consequently—the insufficient application of legal safeguards aiming at the avoidance of statelessness, with due consideration to the child’s best interest. In order to remedy this situation, the following steps should be taken, as a starting point:

With international forced displacement reaching unprecedented levels and especially the ever-worsening crisis in the Middle East, hundreds of thousands of refugee babies are at risk of never acquiring a real nationality. There has never been a more important time to take action.

1 Like in the case of Syria, Lebanon, Somalia or Iran.