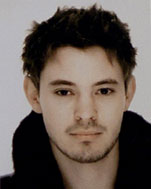 Interviews conducted by Thomas McGee in 2016. Thomas McGee is a researcher and humanitarian practitioner specialising in the Middle East. Speaking Arabic and Kurdish, he has conducted extensive field research with Syrian/Kurdish communities since 2009. Thomas graduated from Cambridge University and holds MA in Kurdish Studies from Exeter, writing his thesis on stateless identity for Syria’s Kurds. He has published on Kurdish statelessness in Tilburg Law Review and contributed to the MENA Nationality and Statelessness Research Project. The names has been changed to protect the interviewees’ identity.

Kurdwatch (2010) Stateless Kurds in Syria: Illegal Invaders or Victims of a Nationalistic Policy?

Hamid Mirza Kurd is six years old and his little sister Hemrin is four. They are from Syria, but were displaced by the conflict and now live in the Domiz Camp in the Kurdistan Region of Iraq. They are both stateless because their father is stateless, despite their mother being a Syrian citizen. Hamid and Sima’s parents share their family’s experience of statelessness:

“We have found ourselves lost, and don’t want our children to be lost too”

After our eldest child was born in 2010, we tried to register him and at this stage realized it would not be possible. We had expected that at least we would have been able to register him under his mother’s name, but Syrian law does not allow this. We attempted to register him about a hundred times, and resorted to the services of a lawyer to do so and were willing to pay money to get him nationality.

Back in Syria, we had difficulties when visiting the doctors for our elder child. The impact of my own statelessness meant that we registered everything under my wife’s name. In Syria, however, inheritance is through the father, so this meant that our children would not be legally permitted to inherit our property. Here in the Kurdistan Region-Iraq, our children should be treated like all other Syrian refugee children (including those with Syrian nationality).

If we are unable to give them Syrian nationality, we should have found a way to ensure they will receive another nationality as this problem will affect them for the entirety of their lives if not solved. Many other parents have taken their families to Europe in order to try and provide their children with a hopeful future.

Our message is to other parents. I ask mothers to imagine how it feels to know that the child they gave birth to is not registered in their name. Imagine that you always have a sense of insecurity, that somebody could challenge you and take the child away. You try to do everything for your children, and yet somehow you know you are not able to give them everything that other children have. This feels horrible.

Falak is 11 years old and is stateless. Her father does not have a nationality, he was born a stateless Maktoum (“unregistered”) Kurd in Syria. According to Syrian law, children inherit their father’s nationality status. So, even though Falak’s mother is a Syrian national, Falak is stateless like her father. So are her two siblings: 12-year old Sherin and 2 year old San.

Falak:
I started school 4 months ago here in Germany. I like my teachers, and their style of teaching and maths… I hate the language difficulties since German is new for me. Acting has been my hobby since I was small. I want to be an actor when I grow up. In 10 years I feel I will be at university and will have achieved some of my ambitions.

I do not miss my home country because I don’t feel that I belong to it and I don’t remember a lot about it because we moved away (to Iraqi Kurdistan) when I was still quite young. Yes, I used to suffer from the different treatment I received with respect to my classmates in a private school when they would go on school trips or summer camp and I was not permitted to attend since I was not a citizen and was not entitled to participate in these extra-curriculum activities. Also, the school did not give me my certificates at the end of the year. I would love to travel to Syria but I cannot because I do not have residency or any documents proving that we are Syrian.

Falak’s father:
I too was born stateless. It has had catastrophic effects on the psychological health of all of us because we suffered academically, socially and politically. When my daughters started school in Syria I had to get approval from the security services and from the authorities of Hassaka governorate in order for them to enter First Grade. This led to delays of more than a month of missed school. My children love studying and I too was one of the top students nationally. This was the start of the problems for them.

I fear the unknown. Our biggest worry is that our children will be treated unfairly in Europe since we do not possess anything indicating our presence here. My regret is that my children are suffering the same fate as I did.

My regret is that my children are suffering the same fate as I did. The most special thing about my children is their love for life and their constant optimism.