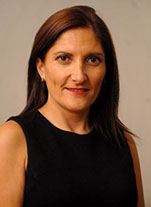 Macarena Rodriguez is a Chilean lawyer and LLM in International Human Rights Law at University of Notre Dame. Currently she is the director of the Immigrants Legal Clinic at Alberto Hurtado´s University.

Delfina Lawson is an Argentine lawyer, and currently she is the Director of the Legal Clinic for Migrants and Refugees of the Diego Portales University. She is a member of the Steering Committee of the Americas Network on Nationality and Statelessness.

Website: Center for Hyman Rights of the Diego Portales University

The Chilean Constitution guarantees the right to a nationality both through the jus soli and jus sanguini principles. All persons born within the territory, save for the children of foreign diplomats and 'in-transit aliens' (hijos de extranjeros transeúntes) are entitled to Chilean nationality. However, starting in 1995, a flawed administrative interpretation of the meaning of 'in-transit aliens' resulted in the denial of nationality rights to thousands of locally-born children whose birth certificates were marked 'child of in-transit alien' (CITA). These children consequently found themselves at risk of being stateless. Registration as CITA effectively denies the nationality rights accruing to all children born in Chile and consequently has limited access to various other fundamental rights, including the right to education, to health, and principally, to preserve one’s identity.

As of 2008, legal clinics started filing nationality claims before the Supreme Court to restore Chilean nationality to those who were denied their nationality as a result of this interpretation. However, between 2008 and 2013, only 13 nationality claims were adjudicated. Financial hardship, geographical distance, lack of access to legal counsel and unfamiliarity with the consequences of CITA registration kept court actions to a minimum. Encouragingly, the Supreme Court of Justice consistently ruled that the notion of 'in-transit aliens' must be interpreted 'in its natural, obvious meaning', as required under Article 20 of the Civil Code.1 Most dictionaries define the meaning of in-transit as “not residing in a particular place”. In this light, foreign tourists or crew members are clearly in-transit, but individuals living in a country and showing intent to remain should not be classed as such.2

These judgments and the advocacy efforts of migrant rights groups eventually led the Interior Ministry’s Department of Immigration and Foreign Residents to concede that the 1995 interpretation was incorrect. The Department publicly agreed that the 'in-transit alien' category should be reserved for the children of persons actually in transit at the time of birth, notably foreign tourists and ship or flight crew members. While the new interpretation was a step in the right direction, it did not repeal the 1995 directive, resolve the underlying CITA issue, or make reparations for violating the rights of many thousand improperly registered children, some of whom were now of a legal age, and all of whom remained branded as CITA.

In 2015, the Migration Legal Clinics of two Chilean Universities (Diego Portales University and Alberto Hurtado University), together with the Migrant Jesuit Service, and with the support of Open Society Justice Initiative, implemented a collaborative project to address the situation of these children through research, outreach and strategic litigation activities.

Approximately half of these children at risk of statelessness live in provinces in the north of the country (Tarapacá and Arica Parinacota regions), close to the borders with Peru and Bolivia. Therefore, a team of legal clinic students and professors travelled to these communities and worked for several weeks with local institutions and actors, such as school directors, social workers, municipalities and the people affected by the denial of their nationality. Many of the children (around 80%) belong to indigenous communities of the area (aymaras and quechuas). As a result of this outreach program, 167 children were identified as being at risk of statelessness. The role of local communities proved to be fundamental to this project’s success. Legal Clinics, or paralegal initiatives can facilitate these processes, but the active involvement of communities is essential.  Local actors are the ones who know the people best, their needs and the way in which they perceive them, and can communicate and transfer information in ways that no other actor can. The involvement of communities also increases the likelihood of sustainability.

The main commitment made to the people interviewed for this project was that we would pursue every available option to obtain recognition of their or their children’s right to Chilean nationality. The options were to apply through administrative channels, or file a constitutional nationality claim with the Supreme Court. Having determined that the administrative route was cumbersome and long-drawn-out (in some cases taking over a year), and taking into consideration the additional goal of seeking redress for all persons affected by this massive violation of rights, the team opted to go to court.

In November 2015, the three institutions presented—for the first time in the country—a collective nationality claim on behalf of the 167 children. With the intervention of the Supreme Court of Justice, and within the framework of a legal conciliation, the government agreed to correct all of their registrations, recognising immediately their Chilean nationality.  Nevertheless, and despite this important landmark, many children remain at risk of statelessness in the country, and at present there continue to be many challenges to ensure that the right to nationality of every child born in Chile is protected.

As a further result of this strategic litigation initiative, in the second half of 2016, the government (Department on Migration and the Civil Registry) agreed to implement a joint collaborative project together with the legal clinics, the Jesuit Migrant Service, the National Institute on Human Rights, and the United Nations High Commissioner for Refugees (UNHCR), to ensure that all those children registered as sons or daughters of in transit aliens, are recognised as Chilean nationals. This project was under way at the time of writing, and we expect it to have positive results.

Ultimately, we believe that Chile can become a leading country on the road to ending childhood statelessness. We also believe that the way in which our objective is being pursued, through close collaboration between civil society, local communities and government actors and a combination of strategic litigation, partnership and advocacy, is a strong model which may inspire similar action in other parts of the world as well.