Allison works for the Observatory on Caribbean Migrants (OBMICA), Dominican Republic, www.obmica.org. These profiles were put together with the assistance of Adriana Valerio. The photographs of the children were also taken by Allison. The names of the children profiled have been changed. The Observatory on Caribbean Migrants (OBMICA) is a think tank based in Santo Domingo, Dominican Republic that conducts research and advocacy on migration and social development in the Caribbean. In close collaboration with local and international civil society networks, OBMICA advocates for the human and labour rights of migrants and their family members, including full recognition of the right to nationality for Dominican-born descendants of Haitian migrants. OBMICA is the Caribbean focal point of the Americas Network on Nationality and Statelessness.

Georgetown Law. 2014. Left Behind: How Statelessness in the Dominican Republic Limits Children’s Access to Education.


Inter-American Commission on Human Rights. 2015. Report on the Situation of Human Rights in the Dominican Republic


Van Waas, Laura. 2006.  Is permanent illegality inevitable? The challenges to ensuring birth registration and the right to a nationality for the children of irregular migrants. Plan International

Stateless children of the Dominican Republic 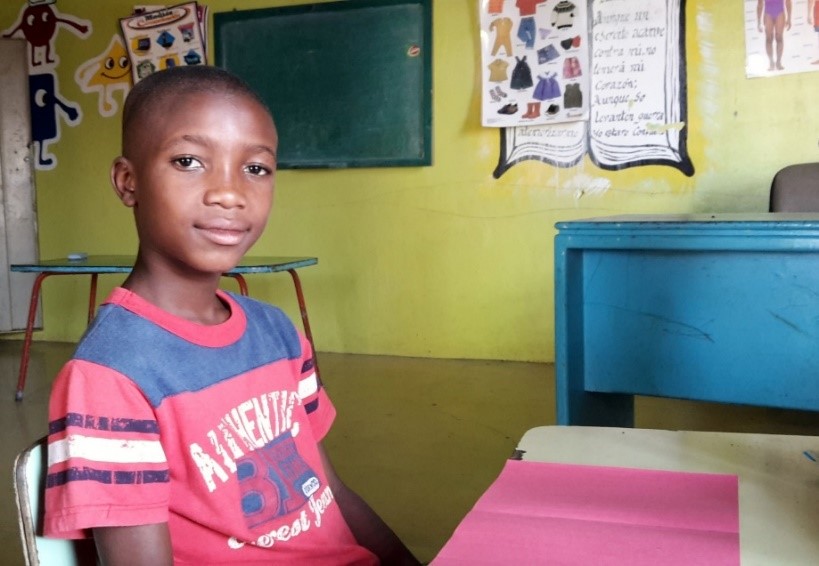 Richardson is a 10-year-old student in the rural batey community of Palmarejo just outside the capital of the Dominican Republic (DR), who likes to “play basketball and all kinds of sports, baseball, soccer.” He will be starting the fourth grade in school, and spent last summer playing and making a little money bending rebar on a construction site.

Richardson was born in a maternity hospital in Santo Domingo in 2006 to Haitian migrant parents, neither of whom had a regular migration status up until 2015 when they applied to the national regularisation plan. Despite having been born during a time when the Constitution recognised Dominican citizenship for all those born in country, Richardson’s parents were undocumented and unable to get a birth certificate for him or his two sisters and brother.

Discrimination against Haitian immigrants in the DR – instead of being eliminated from nationality policies as ordered by the landmark 2005 Inter-American Court of Human Rights (IACtHR) judgment Yean and Bosico v. Dominican Republic – has been codified into law. In 2010, the Dominican government adopted a new Constitution, restricting jus soli to legally resident foreigners. In 2013, the Constitutional Tribunal made a controversial ruling ordering the civil registry to examine its records going back to 1929 to strip the citizenship of all whose births had been declared by migrant parents with irregular status. Following a national and international outcry, the Dominican government quickly set into motion a national regularisation plan for irregular migrants, followed by the Naturalisation Law 169-14 for descendants of irregular migrants. The latter made some concessions, ordering the civil registry to restore the identity documents of those born on the territory (whom they designated “group A”), but offering only an ambiguous option of facilitated naturalisation for descendants of irregular migrants born on the territory whose birth had never been registered (“group B”). A 90-day window was opened for registration for the latter group, extended for another 90, then promptly shut. Richardson was not one of the 8,755 people who managed to apply.

School is important to Richardson: “I was in third and now I am going to start fourth grade. I was going in the morning last year and now I will be going in the afternoon. I like studying all of the subjects, especially handwriting and mathematics.” He dreams of going to university, becoming an engineer, and living in the capital. But the school where he studies – a non-accredited primary school for undocumented children run by the Dominican NGO MUDHA – only goes up to fourth grade. He is worried about how he will continue his education.

They were going to sign me up at another school. My mama went for nothing, and she wasn’t even going to tell me what happened. She said it was a waste of her time getting up so early… [It is important to have a birth certificate] because then you can go to another school. From the time you pass fourth grade here, and you want to sign up at another school there are problems. But if you have your birth certificate, from the time you are going to fifth grade you can go to any school you want. Look, Danilo [Medina, president of the Dominican Republic] built a new school in Villa Flor, a really big one, and a lot of people want to study there but they can’t because they don’t have a birth certificate.

Richardson has heard rumours that “Migration is going to take you away” if you do not have a birth certificate, but he remains hopeful that the government will figure out a solution. “The government needs to change that [practice] of not giving documents. It’s the government that has the people like this. The government doesn’t want to give papers to almost anyone. Don’t you watch the news? Yesterday I saw that there were like 1000 people and they gave a card to like 300.” 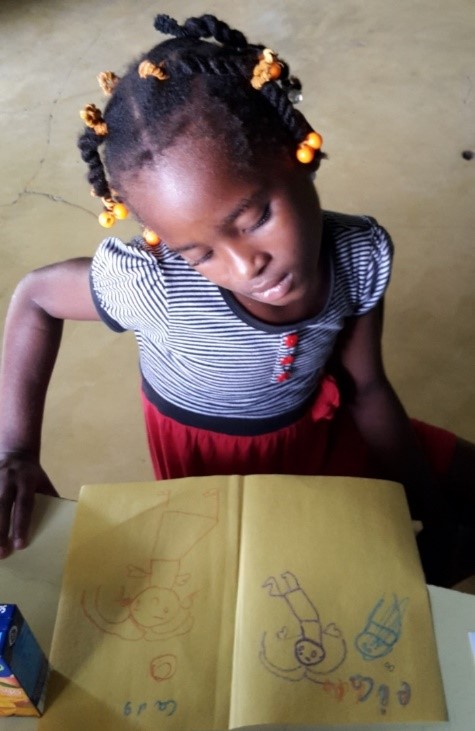 Elsa is an 8-year-old student who lives in a batey community on the outskirts of Santo Domingo, DR. She is in the second grade, and enjoys playing the hand-clapping game 'La Vaca Lechera' ('The Milk Cow') with her best friends Yessica, Chelo, Rosalinda and Lucia. Her mother, Genoveve, says she is a helpful little girl who runs errands and washes the dishes “without putting on a long face or talking back”. During her free time, Elsa says she enjoys going to stay with her grandmother, whom she also helps around the house.

Elsa was born to Haitian migrant parents in the DR. She has three siblings, but only her older brother, Mack (10), who was born in Haiti, has a birth certificate. Elsa and her younger brother Angelo (4) and sister Katira (2), who were born in the DR, are at risk of statelessness due to various factors: Haitian authorities’ ineffectual documentation efforts; Dominican policy changes; gender inequalities such as paternal irresponsibility; and gender discrimination in the birth declaration process. Together, these factors produce different options and obstacles for accessing a nationality for each of the children of this family.

Elsa was born in 2008, before the 2010 Constitutional amendment which limited the jus soli grounds for accessing citizenship. She should, in theory, have the right to Dominican nationality. Yet a 2014 Naturalisation Law considers those born to migrants with irregular status, and whose birth was never registered, foreign nationals who would have to register and eventually naturalise as Dominicans in two years’ time. But when the window for registration was open in 2015, Elsa’s mother was busy trying to obtain a passport from the Haitian consulate so she could apply for the national regularisation plan and also apply for late birth declaration for her three children born in the DR. All of these processes hinge on the mother’s positive documentation status, which she was unfortunately unable to secure.

In 2014, the Haitian government, under pressure to document its nationals in the DR so they could regularise their migration status, offered a short-lived 'Program for the Identification and Documentation of Haitians' (PIDIH). While many thousands applied and paid the fees to receive their identity documents, few benefitted. An audit later revealed that the programme had only documented 5% of those who applied. Genoveve, Elsa’s mother, was among those negatively affected:

I have a birth certificate from Haiti. When they were doing the documents [in 2015], I went [to get my passport] but my birth certificate was in bad shape, so they sent me to get another one. But now it is all over and I haven’t had any luck getting my papers.

In the DR, the birth declaration process is linked to the mother’s documentation status as per the 2004 Migration Law. If the foreign mother remains undocumented, so too will her children. In this way, statelessness has begun to be transmitted matrilineally, even when the child’s father is Dominican with a Constitutional right, via jus sanguinis, to transmit his citizenship. This means that Elsa’s younger sister, two-year-old Katira, whose father is Dominican, may not be able to obtain Dominican citizenship either. Even when Genoveve gets her passport, the hospital paperwork she was issued is a foreigner’s certificate, which in practice gets her child into the Foreigner’s Book but not the Dominican civil registry.

Without their father’s support, Elsa’s mother feels a lot of pressure. She worries about her ability to protect her children as she remains undocumented and three of her four children are at risk of statelessness:

Yes, I worry about my children because they don’t have their father[‘s support] so I think to myself, “I am their mother and I have to bring them up so that one day they can work.” I love my children, but look at the direction they are going now… All children need to have their papers. If something happens to your kids out there and you don’t have papers, you can’t speak for them. If they don’t have any paper that says their name, how can their mother go to represent them before the court? You don’t have papers and you can’t protect them.

In the meantime, Elsa does her homework, plays with her doggie Milka, and dreams of becoming a teacher one day. She has no idea what the word ‘nationality’ means, but if granted one wish, says, “I would wish for a star!” 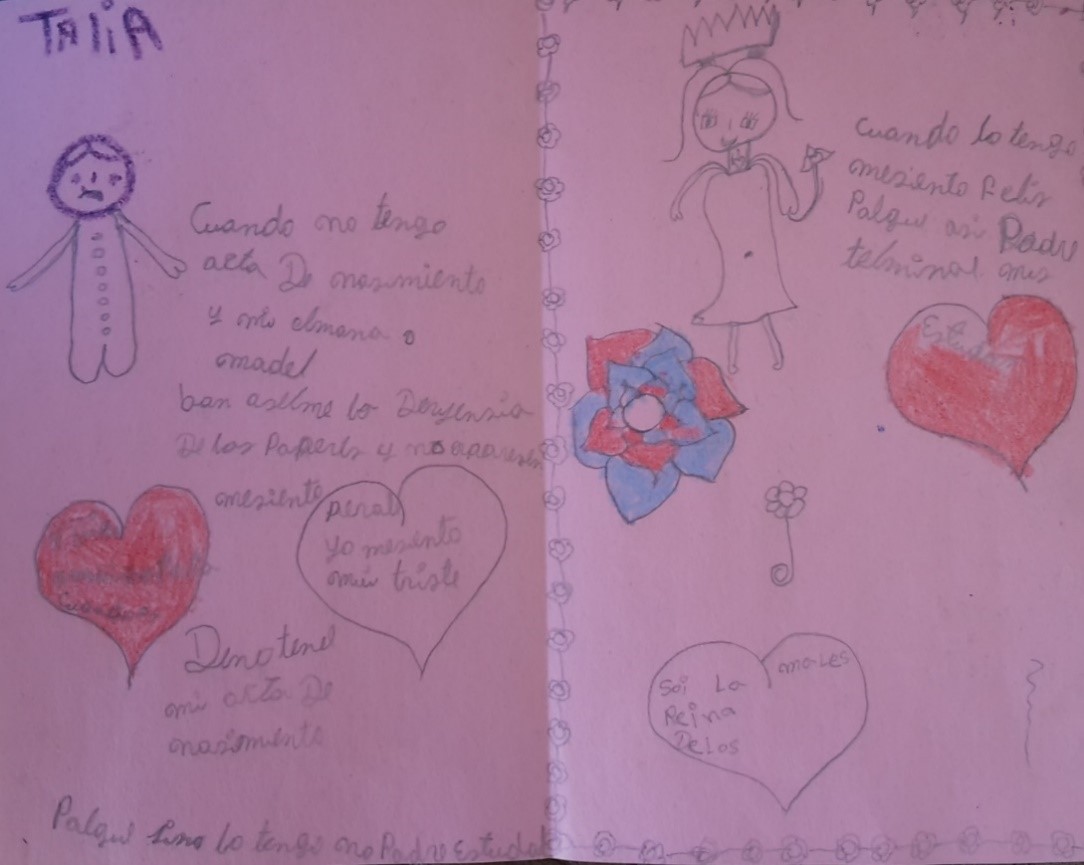 On the left, Talia, aged 9, shows how she feels at the present time: “When I do not have a birth certificate and my sister or mother go to run errands to try to get papers and they do not appear, I feel sorrow. I feel even more sad. If I don’t have my birth certificate I will not be able to study.”

On the right, she depicts herself as “Queen of Misfortune” alongside the text “When I have it I feel happy because I will be able to finish my schooling.”