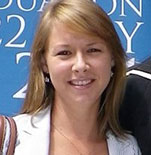 Helen Brunt is an anthropologist based in Bangkok, Thailand. From 2005 to 2012 she coordinated the Semporna Islands Project, a community and marine conservation initiative in Sabah, Malaysia.

She has been working with and for people affected by forced migration including refugees, asylum seekers and stateless people for over a decade, her motivation arising from personal experiences in Sabah amongst people without legal identity. Her Masters dissertation (2013) focused on statelessness, participation and natural resource management, using the case study of the Sama Dilaut (Bajau Laut) living in a marine protected area in Malaysia. She holds an MA in Anthropology of Development & Social Transformation from the University of Sussex, and a BA in Southeast Asian Studies from SOAS, University of London.

Allerton, C (2014) ‘Statelessness and the Lives of the Children of Migrants in Sabah, East Malaysia’, Tilburg Law Review. Special Issue on Statelessness, Vol. 19: 26-34.


Brunt, H (2013) ‘Stateless Stakeholders, Seen But Not Heard? The Case of the Sama Dilaut in Sabah Malaysia’, MA Dissertation, Brighton: University of Sussex. 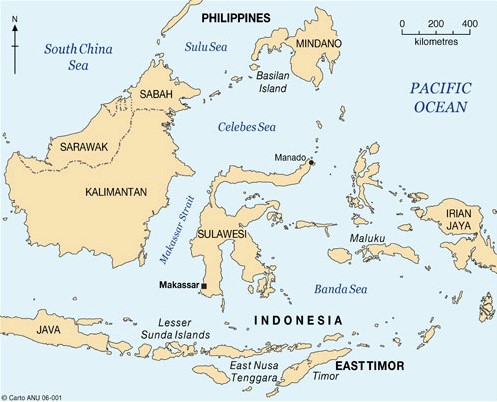 The Sama Dilaut (who are often referred to as Bajau Laut) are a migratory maritime people indigenous to the islands, reefs and coasts that today comprise the area where the territories of eastern Borneo (Indonesia and Malaysia), the west coast of Sulawesi (Indonesia) and the southern Philippines meet. In the lead up to the independence of these countries, borders were arbitrarily delineated and have subsequently divided ethnic groups. Historically, people living in this area have adapted and responded to trading opportunities leading to a mobile, maritime orientation. Largely undocumented, and at a high risk of statelessness, today they are arguably some of the most discriminated against and marginalised people in Indonesia, Malaysia and the Philippines. 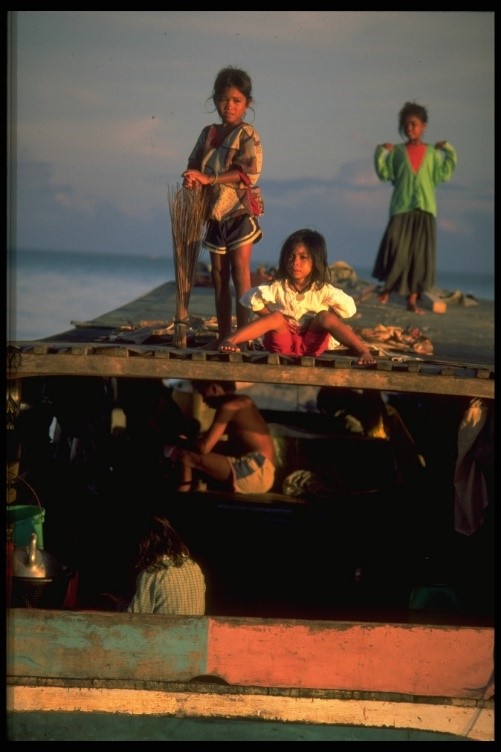 Many Sama Dilaut in Malaysia are descendants of refugees who fled there following civil unrest and an Islamic insurgency in the southern Philippines in the 1970s. The situation of the Sama Dilaut is a classic example of protracted and intergenerational statelessness and is compounded by ethno-religious discrimination and displacement. Children, the majority of whom were born in Malaysia and have never set foot in another country, are particularly at risk. Such children inherit statelessness from parents and grandparents who were never recognised as nationals of any country, and thus are affected by the impacts of statelessness from the moment they are born.

In Malaysia, the Sama Dilaut children are frequently lumped together with the children of other ‘irregular’ and vulnerable groups including undocumented migrants, people of refugee descent, and ‘street children’, and are often disproportionately targeted during immigration and security operations. Without any form of legal identity, the Sama Dilaut are deprived of basic socio-economic rights, denied freedom of movement on land and at sea, and are highly vulnerable to forced eviction, arbitrary and sometimes indefinite detention, and occasionally involuntary deportation by Malaysian authorities to their assumed country of origin – the Philippines. 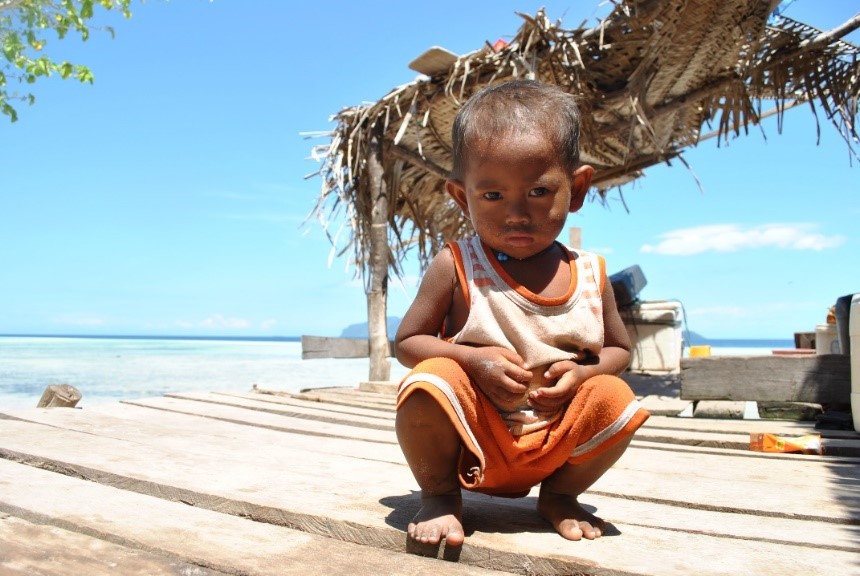 As a highly mobile people living aboard houseboats and in temporary settlements located in remote and hard to reach places, a significant number of Sama Dilaut children’s births are not registered and they are excluded from mainstream society. The Sama Dilaut experience multiple obstacles in registering their children’s births, partly because they are often unable to prove that they have connections to the state with which they associate and are considered to be ‘non-citizens’, even when they are able navigate the administrative and bureaucratic process of birth registration. 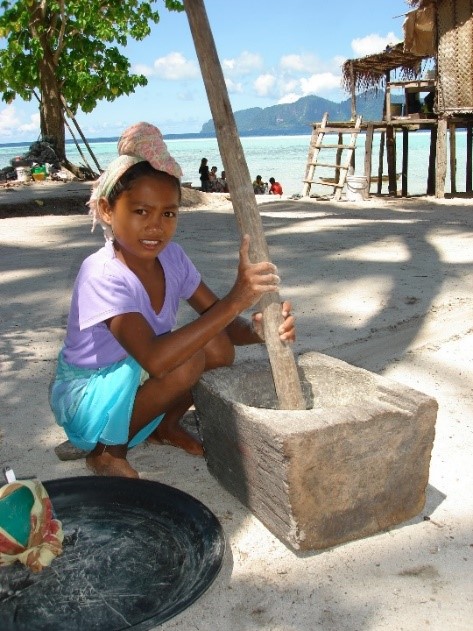 Another factor exacerbating the discrimination faced by the Sama Dilaut and acting as an obstacle to obtaining legal identity is their presence within areas of high conservation and tourism value. As a predominantly maritime people, exclusionary marine conservation initiatives have limited the livelihood options available to the Sama Dilaut and have led to forced evictions and displacement. In addition, continuing securitisation of national borders has curtailed their maritime movements, which further hinders their ability to pursue other opportunities in accordance with their traditional maritime lifestyle. The regulations imposed on the Sama Dilaut by conservation and tourism initiatives have significant implications for their children within the context of the wider social and political restrictions imposed on them as undocumented non-citizens, such as being deprived of access to primary education and affordable healthcare. 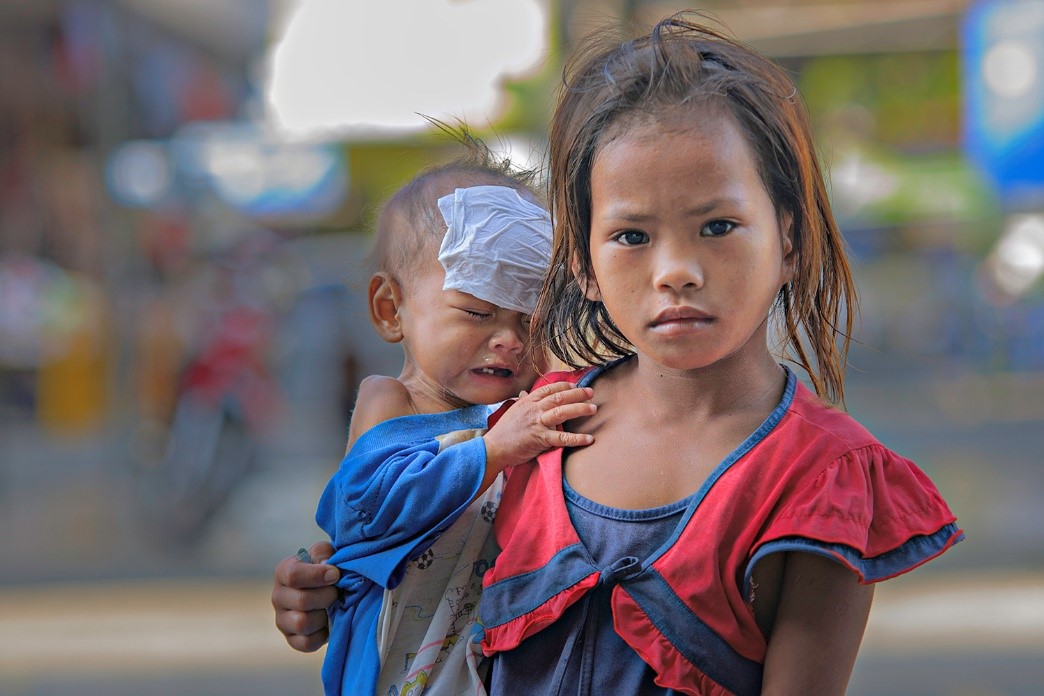 As undocumented non-citizens, the Sama Dilaut do not feature in national statistics and are rendered invisible for external development aid. Such invisibility does not bode well for the likelihood of Sama Dilaut children benefitting from the post-2015 sustainable development agenda, despite the agenda’s mandate to address inequality and poverty in the region and globally. Addressing statelessness would also help states assess the size and profile of the stateless population in their territory and thus determine the government services required, as well as strengthening national society making it possible to draw on currently untapped talents and potential.