Semegnish Asfaw is a Programme Executive at the World Council of Churches. She works on statelessness and other issues at the WCC and is the author of “The Invisible among Us”, a reflection on statelessness around the world, which was published in 2016.

World Council of Churches, Advocacy for the rights of stateless people (website). 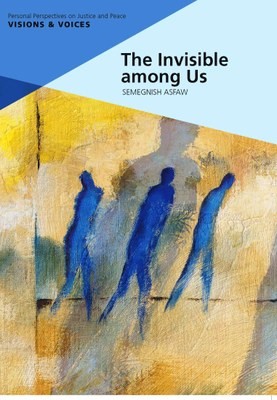 The World Council of Churches (WCC) has been engaged with advocating for the human rights of stateless people since 2011. A few days prior to the first Global Forum on Statelessness (September 2014) organised by the UNHCR and Tilburg University in The Hague, the WCC organised a global ecumenical conference. Its purpose was to raise awareness among representatives of WCC member churches and ecumenical partners about major cases of statelessness in various parts of the globe and to discuss a possible ecumenical response to statelessness. The participants came up with a set of recommendations, known as the “Den Dolder Recommendations” to Protect the Stateless and End Statelessness. These Recommendations were read out in plenary during the last day of the Global Forum.

In addition to providing a theological grounding to WCC’s advocacy work for the human rights of stateless people, the Den Dolder Recommendations provided a number of avenues through which churches and ecumenical partners could act to address statelessness. Birth registration is one of them, with the Den Dolder Recommendations affirming “the role of churches to creatively use their opportunities for registering important life events – such as birth, baptism, confirmation, marriage, and death – in ways that help people to secure documents that help reduce statelessness”.

With that in mind, the WCC has been annually organising regional training workshops (training of trainers) on the issue of statelessness, designed for the specificities of the region and the issues at stake. One of these training workshops took place in May 2016 in Addis-Ababa and brought together various leaders of WCC member churches, ecumenical partners and national council of churches to reflect on two major issues: birth registration and gender equality as tools to prevent and address statelessness in the continent. A previous regional training workshop in Lebanon in September 2015 covered the same issues, but with a focus on the refugee crisis that is prevailing in the region.

The Invisible among Us is a reflection by Semegnish Asfaw on statelessness around the world, drawing on her encounter with the issue through her work for the WCC.  It aims to introduce statelessness to the WCC community. Its relevance is wider though, as it is an example of how a complex issue like statelessness can be made non-accessible and relevant to a non-specialist audience and community.

After the Addis Ababa workshop, many of the participants – upon returning to their own countries – became engaged in advocacy, awareness raising and lobbying activities. Fr. James Oyet, General Secretary of the South Sudan Council of Churches (SSCC) is one of them. Reflecting on his experience, he said:

After the workshop on Statelessness in Addis Ababa, we have realized that there are several children whose birth has not been registered, putting them at risk of being or becoming stateless. The South Sudan Council of Churches (SSCC) has launched a campaign for creating awareness of such status. This campaign through the SSCC Women Department got mobilized and went all around the health centres in the residential areas in Juba calling for the registration of all unregistered children, and also those soon to be born to be registered. The message is simple: to avoid being stateless, you need to be registered. Even for those mothers and fathers who have never been registered due to several circumstances related to war and early instability, to avoid being stateless, everyone must get registered. Today, in Juba, people are getting registered in order to obtain official documents from the government authorities, i.e. the Ministry of Health and Interior.

For the anniversary of the World Day Against Statelessness, which is 4th November 2016, the South Sudan Council of Churches (SSCC) has made an agreement with the South Sudanese telephone company called VIVACELL in order to send messages to mobile phones in order to create awareness of the Status of being Stateless. This is our slogan: “To avoid being Stateless, get registered.”

The WCC hopes to continue delivering these training workshops to its constituency in various regions in order to equip its church leaders and ecumenical partners on the importance of birth registration and gender equality as essential tools for preventing and tackling childhood statelessness.