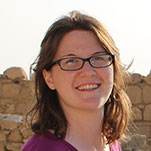 "Birth registration and the right of everyone to recognition everywhere as a person before the law," Report of the Office of the United Nations High Commissioner for Human Rights to the Human Rights Council, A/HRC/27/22 17 June 2014.

In most countries, nationality is conveyed through lineage rather than by birth in territory. When women are unable to convey nationality to their children in these countries, children will likely be stateless in any situation where the father cannot or will not convey nationality and there is no safeguard against statelessness. For this reason, much attention has been given to reforming gender-discriminatory nationality law.

Under international law, discrimination is "any distinction, exclusion, restriction or preference or other differential treatment" on prohibited grounds that limits an individual’s access to a human right, such as the right to acquire a nationality or to have one’s birth registered. Thus, if an individual faces additional obstacles in obtaining nationality or birth registration because of their gender or ethnicity or birth status, this is unlawful discrimination. This essay summarises a longer article to highlight how, in countries of the Gulf Cooperation Council (GCC), gender and birth status discrimination in birth registration, family, and criminal law can create new cases of statelessness.

Birth registration is crucial to ensure that children who are entitled to a nationality are recognised as nationals, because birth certificates record crucial information which demonstrates the child’s right to nationality through their parents or through their birth in a country’s territory. Many states’ civil registration laws or practices limit mothers’ ability to register their children’s births or limit the parents’ ability to register non-marital children, thus discriminating on the basis of the parents’ gender or marital status. Because birth registration is so crucial to preventing statelessness, states should eliminate all obstacles to and discrimination in birth registration including legal or practical limitations on mothers registering births or limitations on parents registering births out of wedlock.

Discrimination in family law can also create a risk of statelessness. Many countries do not have adequate means for non-marital children to legally establish their relationship to their father. When nationality can only be derived from the father, children who cannot verify their paternity – especially non-marital children – may be left stateless.

Other states limit their nationals’ ability to marry foreigners, and children who are born to such prohibited unions will be considered non-marital children. As seen above, this may mean that fathers cannot establish the relationship to their children to convey nationality or that parents cannot register their children’s births. Then, children who are or who are considered to be non-marital children may not receive nationality, which is discrimination on the basis of birth status. Every attempt should be made to ensure that all children, regardless of their parents’ nationality or birth status, are registered at birth and receive a nationality, as required in Article 7 of the Convention on the Rights of the Child.

Finally, criminal prohibitions of adultery create risks of statelessness and pit access to one human right directly against another. Officials in countries that criminalise adultery report that parents may abandon children rather than face criminal penalties. Abandoned children receive nationality as foundlings, or children whose parents cannot be identified, rather than from their parents. In other words, the child who receives nationality, does so at a cost of the right to family life.