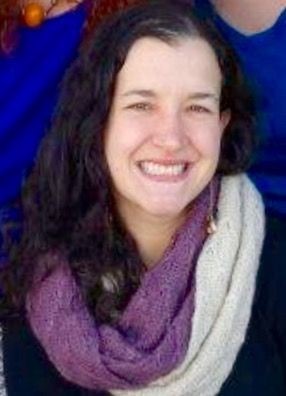 Juliana Vengoechea Barrios is a legal officer with the Open Society Justice Initiative's litigation team. As an Aryeh Neier Fellow (2014-2016) she worked on equality and inclusion issues, specifically the right to citizenship and documentation of identity, at OSJI and as a visiting fellow at the Institute on Statelessness and Inclusion. Juliana was Assistant Professor and Director of the Center for Studies in International Law  at Pontificia Universidad Javeriana in Bogotá, Colombia, and  scholar of the Program in Asylum and Refugee Law at the University of Michigan.

O Vonk, “Nationality law in the western hemisphere: a study on grounds for acquisition and loss of citizenship in the Americas and the Caribbean” (2014)

Do jus soli regimes always protect children from statelessness? Some reflection from the Americas

It has been held that, in order to ensure that every child has the right to acquire a nationality and thus avoid statelessness, “a key tool in achieving this is to introduce some jus soli elements in each state’s nationality law, to address those cases where the child would otherwise be stateless.” By ensuring that every child born in the territory is granted nationality upon birth, statelessness is prevented among future generation by avoiding the inheritance of statelessness from parent to child. This is the situation for most of the countries in the Americas region, where citizenship is granted predominantly by birth on the territory (jus soli). As this essay will demonstrate, in order for jus soli norms to serve as a guarantee to prevent childhood statelessness, they must be accompanied by state practice that ensures an appropriate interpretation of the norms and full and unrestricted access to birth registration.

2. The jus soli tradition in the Americas

The predominance of jus soli regimes in the Americas is historically rooted in the post-colonial establishment of independent states, where a state’s citizenry was shaped by immigration, facilitated through the predominance of jus soli citizenship acquisition rules. In fact, “thirty out of thirty five countries in the western hemisphere have automatic jus soli acquisition at birth.” Guarantees under international and regional treaties, particularly the American Convention of Human Rights reinforce a solid legal framework for the protection of the right to nationality and the prevention of statelessness. The standard set in the American Convention is a stronger standard of prevention of statelessness than many other human rights treaties. It explicitly provides for children who would otherwise be stateless, to acquire the nationality of the State automatically upon birth (Art. 20(2)). As such, the Americas has long been considered a region in which statelessness is not prevalent or widespread.

The tradition of jus soli provisions in the Americas has been changing, driven by new trends in migration and the fact that certain States in the region have sustained increases in emigration. Yet, rather than limiting jus soli, some countries in Latin America have started to include or expand jus sanguinis provisions within their nationality framework. A combination of generous application of both jus soli and jus sanguinis provisions seems to further demonstrate that the Americas is a global good example in the promotion and protection of the right to nationality. A number of countries in Latin-America (e.g. Argentina, Brazil, Uruguay, Costa Rica, and Mexico) have positioned themselves as international leaders regarding the right to a nationality and the reduction of statelessness. They are also signatories to international treaties that grant protection to stateless populations, and have established statelessness status determination procedures.1

The Americas region’s apparent good standing with regards to the right to nationality, has led some to believe it will be the first region to achieve an end to statelessness,2 A demonstration of that conviction is seen inthe statement by former UNHCR head António Guterres: “At the end of the next ten years, we hope to be in the position to affirm that the countries of Latin America and the Caribbean succeeded in eradicating statelessness.”

3. Challenges to the implementation of jus soli

Despite this generally positive picture, there is no absolute guarantee that the positive normative provisions described above will remain in place or will be interpreted to apply without considerable restrictions (the case of the Dominican Republic is instructive in this matter).Historical ethnic and racial discrimination, and a heightened concern for economic and social security, could lead to shifts in legal norms, state practice and political discourse in the region. Furthermore, migratory flows within the region, the global trend to use deprivation of nationality in the national security context, and the overall rise in attention to documentation of identity as a security tool, demands closer scrutiny of how states implement their nationality laws. Despite jus soli being referred to as a critical solution to statelessness and despite the fact that it guarantees that every child enjoys the right to a nationality when in place, limitations within jus soli provisions account for thousands of persons being born in the region without an established nationality.

There are also marked differences between the countries in the region, with respect to issues of statelessness and nationality. In each country, the extent of recognition of nationality status may differ according to how legal provisions are implemented, or on the access to means of documenting such right. Factors which play a role in the effective implementation of nationality laws include:

A lack of appropriate supervision of the behaviour of public officers and administrative decision makers provide opportunities for improper implementation of nationality laws. While lack of birth registration or documentation of identity does not equate to a person being stateless, it does heighten the risk of statelessness; specifically in the context of forced displacement and irregular migration, which occurs across the Americas. Also in spite of the relative predominance of jus soli provisions and good practice in the region, birth registration practices are a persistent and serious obstacle to ensure that every child secures nationality at birth. McKenzie points out that even though “the longstanding jus soli tradition suggests that a nationality is secured for every child at birth, the problem of universal birth registration is serious and persistent in the region.”

4. Renewed regional commitment to realising the right to a nationality

Underscoring the fact that the region is not problem-free with regards to access to nationality, in December 2014 the topic of statelessness was included for the first time by countries in the region, when revisiting the content of the 1984 Cartagena Declaration on Refugees.4 The Brazil Declaration and Plan of Action5, specifically enumerates commitments and measures to address statelessness, upholding the importance of the right to nationality as a fundamental human right, and setting up the goal that within ten years the countries of Latin America and the Caribbean will succeed in eradicating statelessness. It provides that:

…legislation and practice do not create new cases of statelessness (prevention); protect stateless persons arriving in their territories while providing access to definitive solutions such as naturalization (protection); and resolve existing cases of statelessness, promoting the restoration or recovery of nationality through inclusive legislation and policies on nationality (resolution).

The Brazil Plan of Action includes the following among the proposed measures: 1) promote the harmonization of internal legislation and practice on nationality with international standards, 2) facilitate universal birth registration and the issuance of documentation, and 3) adopt legal protection frameworks that guarantee the rights of stateless persons, in order to regulate issues such as their migratory status, identity and travel documents. The Brazil Declaration demonstrates a step towards furthering regional awareness on the topic and an initial willingness of governments to work to address the underlying issues that might lead to situations of statelessness. The Americas serve as a global reminder that legislation in and of itself is not enough, and that state practice is also highly important. The challenge for the region is to identify existing gaps and to find concrete ways to overcome any obstacles that are impeding the right of children born in the Americas to secure a nationality, and means to prove that right, upon birth.

1 E.g México: UN High Commissioner for Refugees (UNHCR), ‘Good Practices Paper – Action 6: Establishing Statelessness Determination Procedures to Protect Stateless Persons’; Costa Rica: Costa Rica: Decreto ejecutivo n. 39620 de 2016, Reglamento para la declaratoria de la Condición de Persona Apátrida; Uruguay: Cámara de Senadores, República del Uruguay, XLVII Legislatura, Quinto Periodo, Carpeta 1600/2014 (2014); Brazil: UN High Commissioner for Refugees (UNHCR), Submission by the United Nations High Commissioner for Refugees for the Office of the High Commissioner for Human Rights' Compilation Report - Universal Periodic Review: Brazil.
2 See more on regional commitment to eradicate statelessness: Declaration of Brazil, 2014: “Reaffirm our commitment to the eradication of statelessness within the next ten years.” (Preamble p 5); Brazil Plan of Action, 2014: “Chapter 6: The sub regional consultations identified challenges and actions required to eradicate statelessness in the region. At the end of the next ten years, we hope to be in the position to affirm that the countries of Latin America and the Caribbean succeeded in eradicating statelessness.” P. 17 UNHCR, Remarks by Commissioner António Guterres, ‘Out of the Shadows: Ending Statelessness in the Americas Event’ (18 November 2014).
3 Article 5(3) of Law 43 of 1993. Emphasis added.
4 The Cartagena Declaration is a landmark regional refugee law instrument that broadened the refugee definition for Latin America and proposed new approaches to the humanitarian needs of refugees and internally displaced persons within a framework of burden sharing, solidarity and cooperation.
5Revisiting the content of the 1984 Cartagena Declaration on Refugees, within its 30 year anniversary, the representatives of the Governments of Latin America and the Caribbean met in Brasilia, in December 2014. During the Brasilia gathering, the content of the commitments under the Cartagena Declaration were updated. The governments which participated in the meeting adopted the Brazil Declaration and Plan of Action, including for the first time specific measures to address statelessness in the region. The countries that participated: Antigua and Barbuda, Argentina, the Bahamas, Barbados, Belize, Bolivia, Brazil, Cayman Islands, Chile, Colombia, Costa Rica, Cuba, Curaçao, El Salvador, Ecuador, Guatemala, Guyana, Haiti, Honduras, Jamaica, Mexico, Nicaragua, Panama, Paraguay, Peru, Saint Lucia, Suriname, Trinidad and Tobago, Turks and Caicos Islands, Uruguay and Venezuela. See more: http://www.acnur.org/cartagena30/en/background-and-challenges/