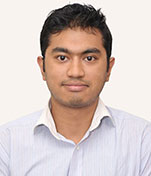 Subin Mulmi is a Human Rights Lawyer and Researcher working in Forum for Women, Law and Development (FWLD), a non-profit organization in Nepal. He is the Coordinator of Nepal's Youth Network of Civil Society Organizations and is one of the members of the Advisory Committee of the Global Coalition of Every Child's Right to Nationality.

Chapter on “Nepal’s Laws on Citizenship by Descent: Implications on Statelessness” in Constitution of Nepal: Evolution, Development and Debates (Book) edited by Dr. Pramod Jaiswal (2016)


Chapter on ' Citizenship, Gender and Statelessness in Nepal: Before and After the 2015 Constitution' in the Book 'Understanding Statelessness' (Sara Shneiderman as co-author) edited by Tendayi Bloom, Katherine, Tonkiss and Phillip Cole (forthcoming), available for pre-order


Acquisition of Citizenship Certificates in Nepal: Estimation and Projection

Nepal is one of 27 states that still have discriminatory nationality laws which engender different treatment between men and women, affecting women's right to confer nationality to their children and their foreign spouse. Before Nepal’s Interim Constitution of 2006, nationality by descent could only be conferred by Nepali men. Despite the progressive citizenship provision in Article 8(2)(b)1 of the Interim Constitution of 2006, the subsequent clause in Article 8(7)2 restricted the rights of women to confer citizenship independently to their children, and was thus discriminatory. With the supposed objective of making a 'non-discriminatory' provision in citizenship, the first Constituent Assembly (hereinafter 'CA') came up with a more regressive "father and mother" provision which would require both the father and the mother to be citizens of Nepal for their children to acquire Nepali citizenship by descent. 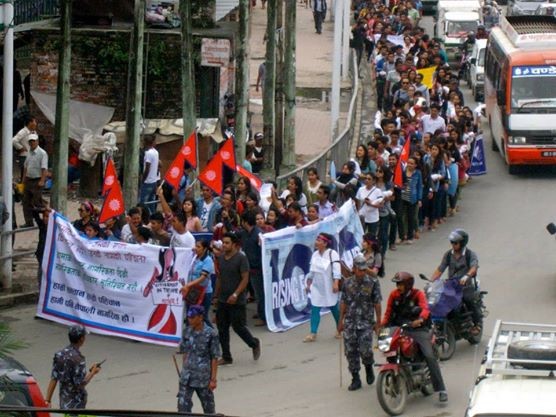 Unsurprisingly, the citizenship provision was a contentious issue on which consensus was not reached by the first CA of Nepal, leading to the dissolution of the CA on 28 May 2012. The draft provision on citizenship was met with widespread criticism, particularly by female CA members and women’s rights organisations. The second CA that was formed on 21 January 2014 was expected to right the wrong. However, the second CA astoundingly categorised the citizenship provision as an already settled issue and attempted to restrict any meaningful deliberation on it. 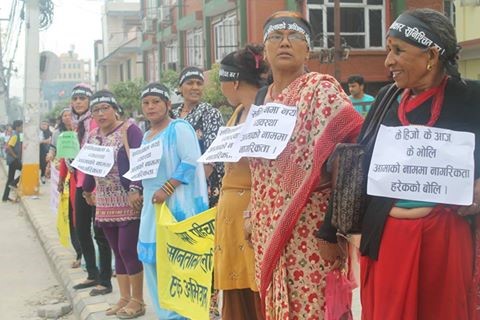 Forum for Women, Law and Development (hereinafter 'FWLD') since its inception in 1995 has been advocating for equal nationality rights in Nepal. Under the leadership of FWLD various protests and demonstrations were organised even before 2006, demanding citizenship through mothers in the new constitution. Two key networks were mobilised by FWLD during that time: the Victims Network3 and the Civil Society Network on Citizenship Rights. All strategic interventions of the ensuing campaign for equality, were devised in consultation with the two Networks.

After extensive deliberations with former and current female CA members, a new campaign was initiated by the revived Civil Society Network on Citizenship Rights on 4 September 2014. The civil society and the female CA members agreed that the issue had to reach the public domain, in order to pierce the patriarchal mind-set of many senior political leaders, and enable a more meaningful discourse on citizenship. The Network mobilised young activists and stateless persons to execute its strategic plan of action in the street. The campaign was named 'Citizenship in the name of mother' and was largely operated through social media. Advocacy papers were published and submitted to lawmakers by NGOs while youth activists took to the street and organised a series of rallies, signature campaigns and human chains to express their dissent against the proposed provision on citizenship. 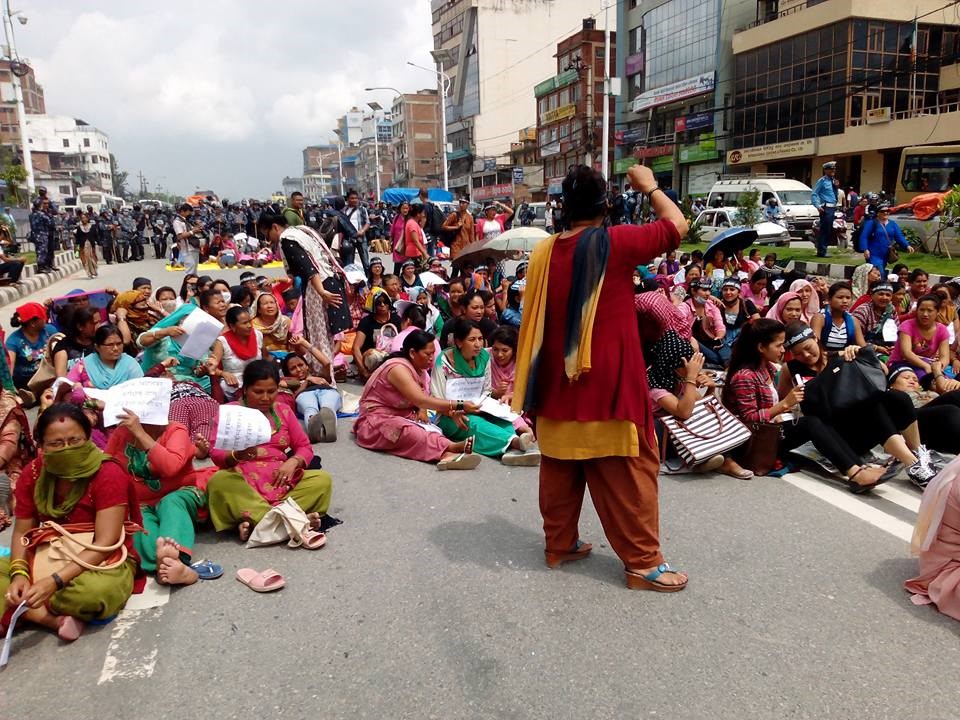 The first rally was organised on 20 September 2014. Over 1,000 people who also signed a petition to change the draft provision on citizenship participated in this rally. A second, similar rally took place on 15 November 2014 at which 2000 signatures were collected in Kathmandu. This was followed by the collection of more than 8000 signatures from 10 other districts on 21 November 2014. All collected signatures were submitted to the Chair of the CA on 25 November 2014. An online petition was initiated where Nepalese people from all over the world voiced their concern against the draft provision. On 9 January 2015, this petition signed by 2000 Nepalese overseas residents, was also submitted to the Chair of the CA, and simultaneously to the Nepalese Embassies in New Delhi, Washington DC and Ottawa. In between these events, three human chains and two more rallies were organised with over 300 people participating in each event. While the earthquake in April 2015 had an impact on the campaign,4 a few months after the earthquake, several innovative demonstrations were organised, including a full day protest with more than 5000 participants, a sleep protest during which activists literally slept on the street, street debates, slam poetry events and drama performances.

Stateless persons took centre stage during these protests. The media was understandably more responsive to them and their stories, than the heads of NGOs. The increase in mainstream media coverage of their stories, further strengthened the campaign. Senior human rights activists and senior political leaders gradually extended their support to the campaign and even participated in some of the protests.

A number of advocacy and awareness materials were prepared through the campaign. Three advocacy leaflets were submitted to CA members:

These provided counter arguments to those who advocated for a restrictive provision on citizenship. Infographics were circulated in social media which can still be found in the campaign Facebook page.

A delegation of senior human rights activists and the Civil Society Network presented a series of alternatives on the proposed provision on citizenship. Minor changes were made but the substantive meaning of the provision still remained the same. The first draft of the constitution retained the AND provision despite the continuous public pressure. Immediately after the submission of the online petition, the three major parties made a decision to amend the draft provision on 12 January 2015 but this was later reverted on the same day.

As part of the public campaigning process, a nationwide signature campaign calling for the draft to be amended, resulted in more than 58,000 signatures being submitted to CA members. Consequently, CA members had to give in and they amended the proposed provision in line with the language of the Interim Constitution of Nepal, 2006. Though still discriminatory to women, the language was far less regressive than initially proposed.

The general public was largely receptive to the principle of equal nationality rights, in particular, the equal right of mothers to confer citizenship on their children. Hence, attracting the general population to the protests through social media was relatively uncomplicated. However, senior leaders and most male CA members are beset with patriarchal and xenophobic mind sets. Despite numerous discussions with them, they refused to relate with the plight of stateless people. Public pressure was essential to push them to change. The Communist Party of Nepal United Marxist Leninist party (CPN UML) was the most opposed to the OR provision. Their senior leaders had initially agreed to change the provision but later retracted their position. The campaign reached a roadblock when this happened. Youth activists decided to publicly expose those leaders by informing their vote bank in the districts about their stand on citizenship. Each CA member of the party was personally telephoned by an activist who inquired about their position which was subsequently disclosed to the public. This proved to be a significant game changer as those leaders had to finally give into campaign's demands.

Two significant lessons were learnt when we reflect on the campaign. Firstly, such campaigns need to distinguish themselves from politicians when taking to the streets. The involvement of political leaders in protests transforms social issues into socio-political issues, which tends to repel the general public. Secondly, the reason for the partial success of the campaign was the persistence of civil society. The campaign organised regular protests for two years amidst the earthquake, the blockade and frequent political upheavals.5 Political leaders opposed to campaign demands waited for civil society pressure to die down so that they could bury the issue but this pressure never eased off and they had to budge first.

The Constitution of Nepal, 2015 though a small step in the right direction, is still discriminatory towards women and subsequently restricts certain groups of people from acquiring the citizenship. NGOs are continuously making collective efforts to generate political will to amend the constitution, specifically Article 11(5)6 and 11(7).7 However, due to the absence of political will and the dominance of the rhetoric of nationalism in Nepal right now,8 the current focus of the civil society is on the amendment of the Citizenship Act to ensure that the positive changes of the new constitution are reflected in the Act. The Ministry of Home Affairs has initiated the process of preparing a draft amendment and NGOs are working with the government to ensure that the amended Act addresses issues of statelessness.